All Life Stages • All Performance Levels • All Forage Diets

Equine Challenge Supplements Transformations | Before & After

We would like to share just a few of our Equine Challenge Supplements Transformation Before & After stories.

As most know, we purchased a Silver Dapple Morgan in Dec. of 2010. By no fault of the Morgan breeder, the care taker in another state failed to feed her horses and the small herd of 8 Morgans were near death, when the breeder dropped by unexpectedly.

Filgree in Sterling was put up for sale and the breeder asked us to try and imagine what she should and could be, as we were considering buying her in December. The pictures she sent are not an example of a thriving horse.

Kathy and I knew exactly what Equine Challenge™ would do for this struggling Morgan filly, so we bought her and had her shipped ASAP to California. Prior to her transportation, we asked the breeder to separate this filly several times a day to be fed grass hay and we sent some Equine Challenge™ Vitamins & Minerals Grass and Equine Challenge™ Probiotic BLAST pre-mixed Overnight Delivery, to boost her and her immune system due to the stress of transportation and separation potential. She was on product for approx. a week prior to transport.

When this filly arrived, her coat was long, coarse and she did not smell good, in fact she had the makings of Rain Rot. Absent this long coarse coat, the ribbiness of her barrel was scary, the loss of muscle mass in the flank, rear and neck was remarkable, she looked like a yearling elk. Her chest and legs were covered in bot fly eggs.

Her feet were absent of disease but the hooves were mis-shaped and demonstrated a great deal of toe cupping due to the toe landing rather than a heel first landing. Each front hoof had a 1 1/2 inch split mid hoof due to rapid expansion due to water in so far as the wall was so thin. The soles were very thin and would flex with very little pressure. Each foot demonstrated in varying degrees flare, the frogs had invaginated.

Her disposition was rather sweet and calm but we were not certain if this was due to her personality or more due to her depleted state. Her eyes were not as clear as they should be, a bit on the cloudy side. After a few hours of relaxation, she joined up with Kathy and I.

Given her state, we knew she had worms but we sent in a sample none the less….which came back as a heavy infestation. We waited for a week or so to de-worm her in so far as dewormer is a poison and we wanted to boost her immune system a bit longer before de-worming her.

First, we washed her in the white vinegar and water solution and put her on the “Weepago Diet” and started her “transformation” regimen. This including hoof trimming, spinal adjustment, grooming, Equine Challenge™ Sand Flush PLUS and a slow introduction to all the Equine Challenge™ supplement products that the rest of the Morgan herd is on.

By 1st of January, Cicatriz smelled like a horse and had transitioned to the Shiloh herd which is Shiloh and Weepago and acted accordingly.

The pictures will tell the rest of the story.

This remarkable recovering is more amazing if you keep in mind, this yearling had to both recover and grow at the same time. This filly had the lowest ranking in her previous herd of 8 Morgans adding yet another dynamic.

It has been just over a year since Mattea arrived and we would like to share her 1 year “transformation” with all of you.

Mattea had just turned 5 years old and was still growing so she was also put on the “Weepago Diet.“

As you can see by looking at Mattea’s March 28, 2011 picture she has changed! Her coat was much shorter this winter but very thick and laid flat. Given all the movement available with her training, riding and with proper and timely trims every 2-3 weeks, her feet are outstanding in form and function. all of the flare has grown out and she now has thick walls like the others and she is built like a brick house!

Weepago, our Foundation Morgan, born May 2, 2008, arrived in Fresno July 8th after an 8 day transport from Vermont. Thank Goodness, the breeder, Sherry Siebenaler of SC Morgans put weight on her for this long stressful trip from her herd in Vermont in the back of a dark transport truck. When she arrived, as is visible in the pictures, Weepago looked horrible, very stressed, deep halter rubs on her face and a large scrape on the inside of her right inner-thigh. She had lost approx. 75-100 pounds…it was not a pretty picture. Her whole world was turned upside down!

Starting the morning of her arrival on 8/8/2010 she was fed orchard grass in the mornings all by herself in the 8 barn, generally 1 1/2 flakes and to date this has not changed. Weepago would not eat any of her Equine Challenge™ products which she desperately needed. So…..Necessity being the Mother of Invention, I separated the leaves and flowers aka “fines” from a bale of alfalfa and added a half dose of her Equine Challenge™ Vitamins & Minerals Grass ( 1 oz) and whole oats ( 1/2 cup) to 3 large handfuls of these alfalfa fines. Weepago turned into a Kirby vacuum.

After her orchard grass in the morning, Weepago was free to graze in the pasture with Shiloh.

The leaves and flowers of alfalfa is by far the most nutritious part of alfalfa. It adds needed protein for muscle repair and growth. Starving horses will begin to digest their own muscle tissue for energy and this very toxic. Horses are fueled by fats and carbohydrates and when protein is used as an energy source the metabolic pathway for protein is not good, very similar to humans.

Alfalfa has some detox characteristics which will be of some help for hard keepers and neglected rehab horses.

Alfalfa is high in calories and proteins and also high is calcium and very high in potassium which is why we only use a few handfuls of alfalfa fines. I generally do not recommend the feeding of alfalfa to horses as a primary forage source due to some of these negative components but I will use some of the positive aspects of alfalfa in small amounts.

Learn more about the Weepago Hard Keeper Diet for your horse here!

Menu
"Equine Stewardship….it’s what you do when no one is watching." 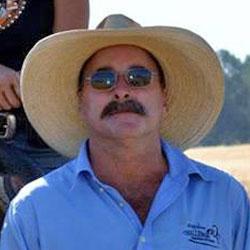 We strive to make this website accessible for all users per ADA and WCAG guidelines. If you see any room for improvement, we welcome feedback.

All material on this site sole property of Equine Challenge Supplements™…do not copy.